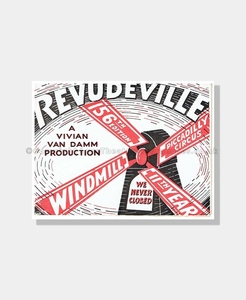 The Windmill Theatre was always proud to announce that it never closed during World War II and this programme was the distinctive size of those years to help preserve paper.