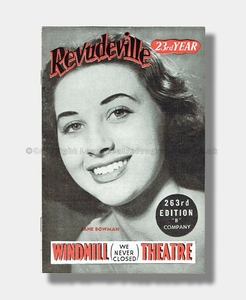 The programme contains a mix of photographs of Windmill Girls, programme of acts, plus advertisements.