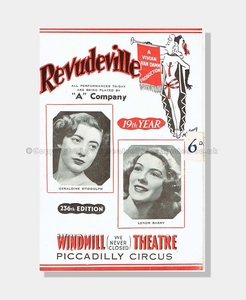 Condition Code: 4-5: Staples and pages firmly secure; no foxing; no splits, tears; pages clean and smooth. Notation on feedback form: George Martin far & away the best in show, presumably written by original theatre-goer. This programme is in excellent condition for its age.