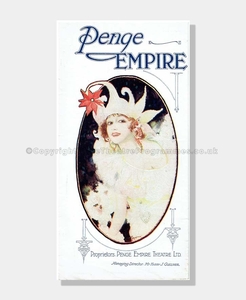 This large format, 6-sided, theatre programme presents the musical comedy, The First Kiss. Book and Lyrics by Boyle Lawrence from the Spanish of Paso Y Abati, music by Pablo Luna

Condition Code: 4: No splits or tears; vertical fold near spine. Some aged discolouration.