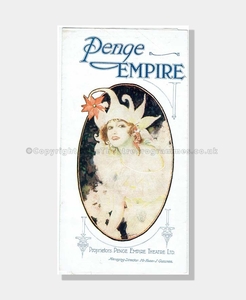 At top of inside page is a personal annotation written presumably by the original theatre-goer: W. White 3/1/1925 and who he/she took.

Condition Code: 4: A few discreet nicks on edges but no major splits or tears; pages smooth and clean.