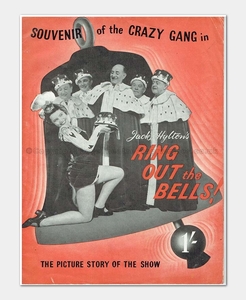 This special Crazy Gang Picture Souvenir is packed with photographs of the cast and stage performance.