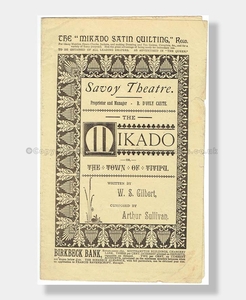 The Savoy Theatre was built by Richard D’Oyly Carte in 1881 and is situated in the Strand, London. It was the first public building built with electricity and was built to particularly showcase Gilbert and Sullivan operas which also became known as Savoy Operas.